Easy Home immunity-boosting foods to help during this pandemic

The ongoing coronavirus pandemic has made everyone realize how important it is to have a strong immune system. There is no denying that those with a strong immune system can fight this deadly virus better and they have high chances to recover in very little time. More than 1.1 million people globally, have recovered from this virus that causes a flu-like condition. Immunity is the resistance that the body offers to an invading microorganism and its harmful effects and thus prevent any related infection, allergy, or diseases. Thus, having a strong immune system is always very important to fight any disease. However, its importance is felt even more at testing times like the current scenario.

It is never too late to start eating right and build-up the immune system. After all, Rome was not built in a day! It is advisable to eat healthy, organic, and nutritious food every day, and exercise and meditate regularly to maintain good health. However, some foods are especially capable of boosting the body’s immunity. These immunity-boosting foods and ingredients are easily available in the local markets and in fact, they are already a part of our daily meals. Some of them can even be grown in the kitchen garden. 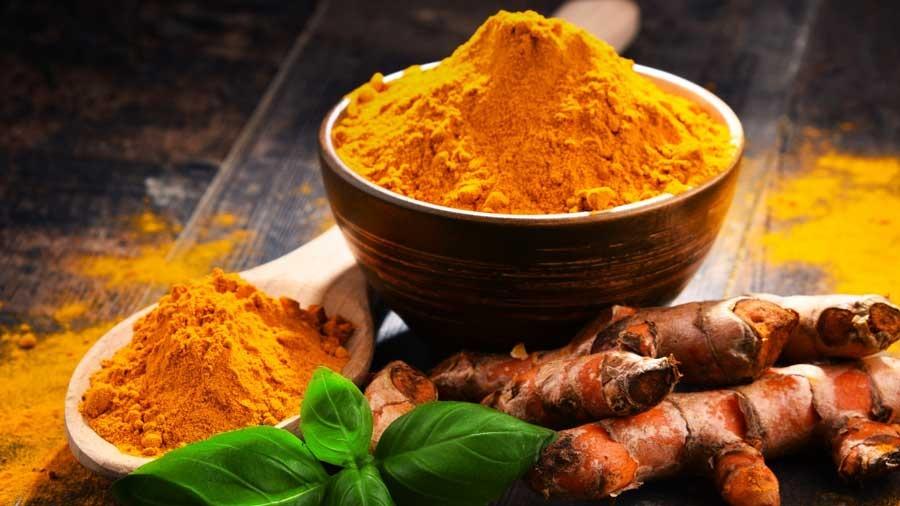 Turmeric has many medicinal properties. It helps immensely in building a strong immune system. Turmeric contains curcumin, which is its main medicinal ingredient. It has anti-inflammatory, antiseptic, and anti-bacterial properties. Turmeric strengthens the respiratory tract and boosts immunity. Standardized turmeric powder has low levels of curcumin and hence it is advisable to consume raw turmeric.

Raw turmeric can be consumed in many different ways. After cleaning and peeling the raw turmeric, cut it into small pieces, and put them into a blender to make a fine paste. Put a tablespoon of this paste into a cup of warm milk along with half a tablespoon of honey. You may also add a few spices to it like cinnamon, black pepper, cloves, etc. Have this immunity-boosting drink to ward off mild flu or common cold. You can also take a tablespoon of the paste, mix it with warm water, and drink it. Regular consumption of turmeric helps boost immunity and keeps several diseases at bay. 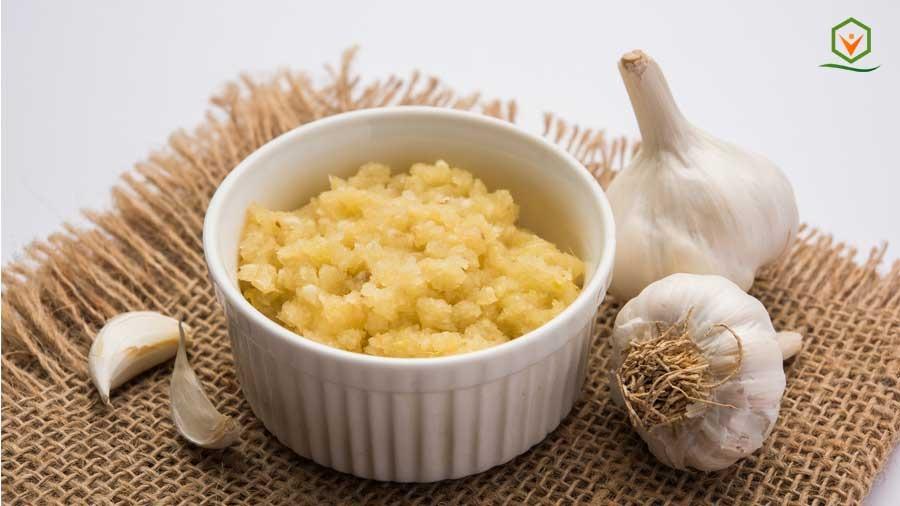 Garlic has been used as a medicine since ancient times. It is a low-calorie immunity-boosting superfood. A single garlic clove contains over a hundred sulfuric compounds that can easily kill bacteria and prevent infections. It is most beneficial when consumed raw because heat and water make the sulphur enzymes inactive which reduces its antibiotic properties. Regular consumption of garlic increases T-cells in the blood which is responsible for fighting viruses.

Garlic is consumed by many people all over the world as it is a part of many cuisines and dishes. But, it is advisable to consume garlic raw if you want it to act more than a mere flavoring agent. You can chew a clove of raw garlic along with your meal. Or you can soak a few cloves of raw garlic in oil, season it with some salt and pepper and have with your meals. 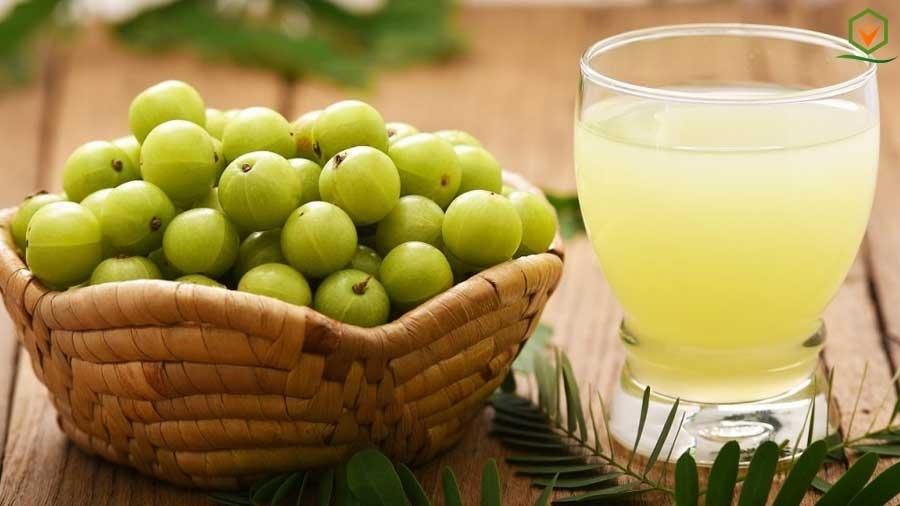 Also known as amla, Indian gooseberry is the richest source of Vitamin C among all fruits and vegetables. The European variety is Ribes uva crispa and the American variety is known as Ribes hirtellum. It is low in calories and packed with nutrients. Its high content of Vitamin C boosts the immune system and acts as an antioxidant. 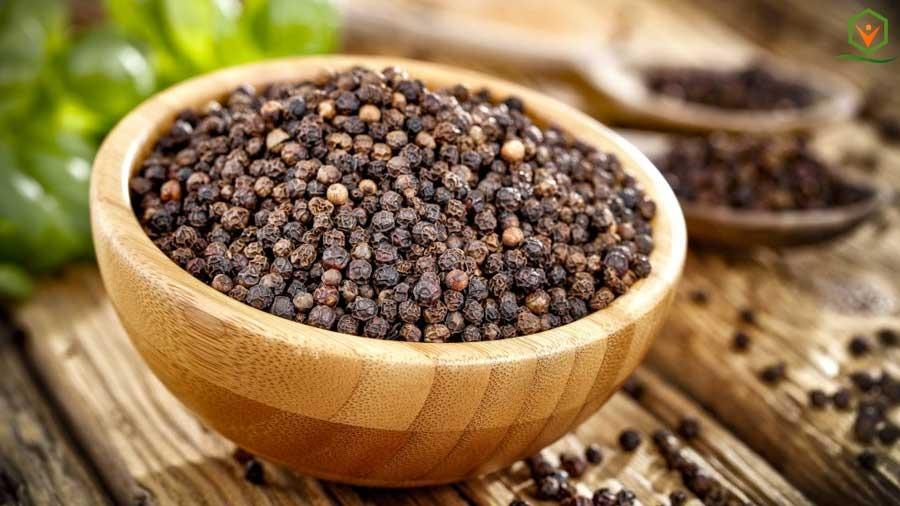 Known as the ‘King of Spices’, black pepper has a compound called piperine, which has rich antioxidant properties. Hence, it reduces free radicals. It also has anti-inflammatory properties. It strengthens immunity since it has antimicrobial properties and helps recover from cold and flu.

Adding freshly crushed black pepper to food for seasoning is usually the most popular way of consuming this immunity-boosting spice. An herbal tea prepared from black pepper, cinnamon, and honey helps fight diseases like common cold, flu, and soothes a sore throat. It also helps in increasing the body’s metabolism. 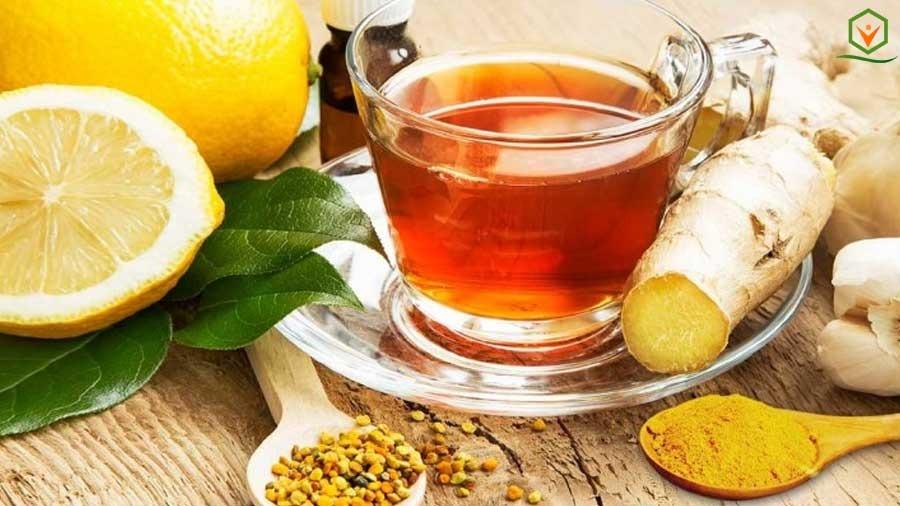 Ginger, another commonly used ingredient all over the world, has many medicinal properties. It has compounds like gingerols, paradols, sesquiterpenes, shogaols, and zingerone, which are responsible for its anti-inflammatory and antioxidant properties. Several studies have shown that ginger helps in reducing inflammation in conditions like asthma, inflammatory gut disease, arthritis, etc. it is also an effective home remedy for bloating, indigestion (food for indigestion), and nausea. Ginger enhances immunity since it has antiviral properties. It protects the respiratory system by strengthening the body’s response against the human respiratory syncytial virus.

Seasoning food with ginger is a popular way to consume it. Ginger tea is another way of having this medicinal root. You can also mix three tablespoons of ginger juice in 200 ml of warm water, add a teaspoon of lemon, and a dash of honey. Consuming this will soothe a sore throat and help build up the body’s immunity. You can also keep shredded pieces of ginger, dried and seasoned with salt, and chew on a few shreds throughout the day. 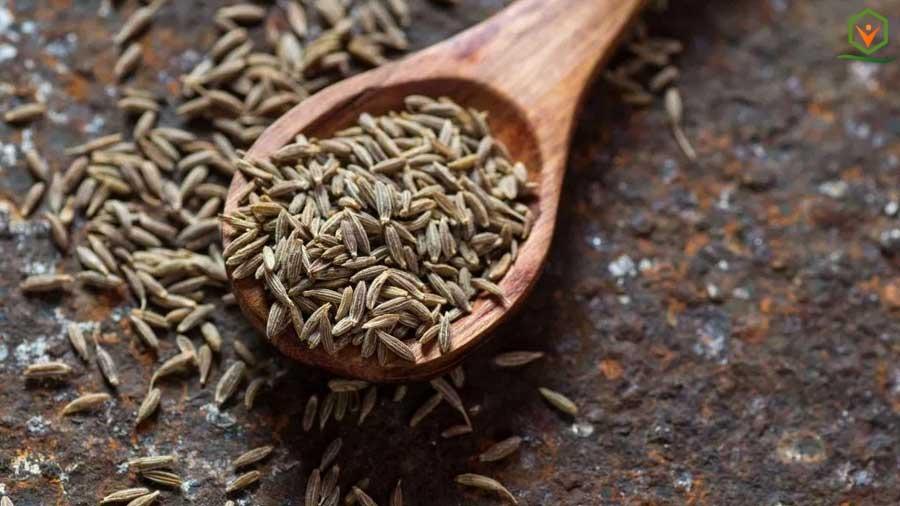 Cumin, i.e. Cuminum cyminum L has many medicinal p[properties. It contains apigenin and luteolin that make it work as an antioxidant. It also has anti-carcinogen properties. It helps control blood sugar and has anti-inflammatory properties. It also helps digestion. Cumin contains Vitamin C and it is also a rich source of iron. Thus, it helps fight many diseases and boosts the immune system. It also detoxifies the body.

Cumin is a popular spice and it is used to prepare several foods across the globe. It also used to season pickles and add flavor to refreshing drinks. Make your immunity-boosting shot by soaking a teaspoon full of cumin seeds in a cup of water overnight. Consume the water the next morning on an empty stomach to experience maximum benefits. 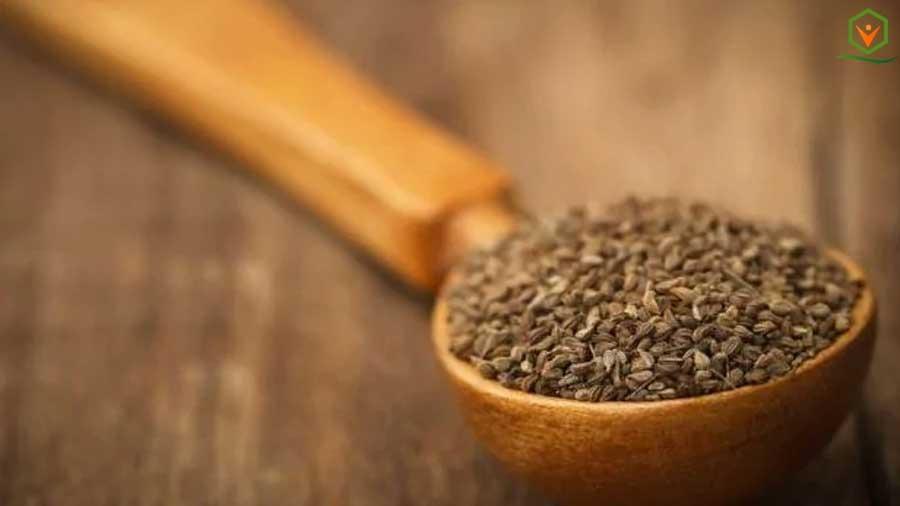 Also known as Ajwain, carom seed is known to aid in digestion, weight loss, and hair health. It helps in treating mild constipation, helps in the secretion of gastric juices, prevents bloating, and helps digestion. It helps in maintaining the health of the respiratory tract, treats mild cough and asthma. It is also a powerful antioxidant. Carom seed strengthens immunity because it contains thymol and limonene which have antimicrobial properties and they help in fighting harmful pathogens.

Carom seed, just like cumin seed, is used as a spice to prepare food. It is also used to add flavor to health drinks and bakery products. Brew a cup of refreshing immunity-boosting tea by adding few carom seeds, black pepper, ginger, and a dash of honey. They can also be soaked overnight and the water can be consumed the next morning on an empty stomach to gain maximum benefits. 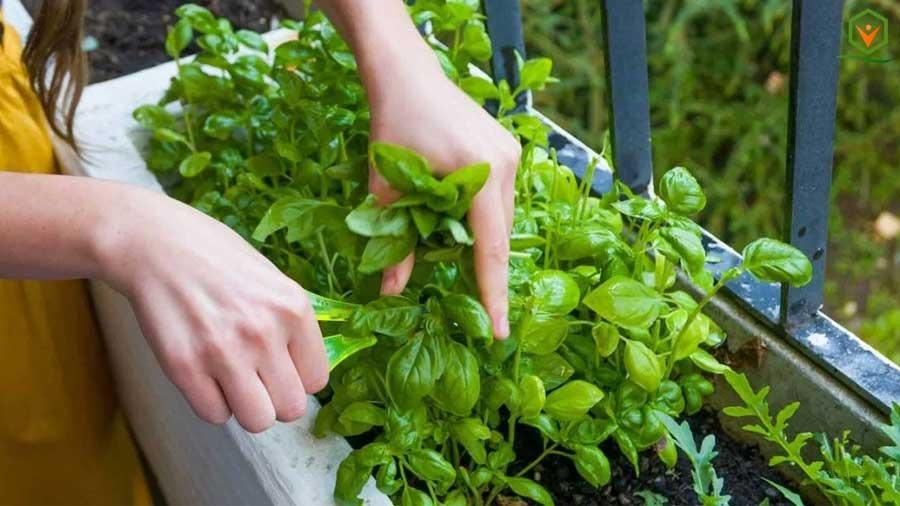 Holy basil or Tulsi or Ocimum Sanctum, is a herb that is widely known for its medicinal properties. It is an antibiotic and protects the body from many bacterial, fungal, and viral infections. It has bioflavonols, phytochemicals, and rosmarnic acid, an antioxidant. It helps recover from cough and cold (home remedies for cough and cold), soothes sore throat, and reduces chest inflammation. It boosts immunity by helping in the production of T helper cells.

Make yourself a cup of immunity-boosting tea by adding the leaves of the Holy basil. Also, decoction of its leaves and flowers helps treat many health issues. One can also shew freshly plucked and washed Tulsi leaves. Boil Tulsi leaves along with black pepper, ginger, cinnamon, and cardamom. Let the water reduce to half. Drinking this immune-system boosting drink will work like magic for your health and skin. Mix Tulsi, honey, and raw turmeric paste in a cup of warm water and have it to remain protected from cough and cold. 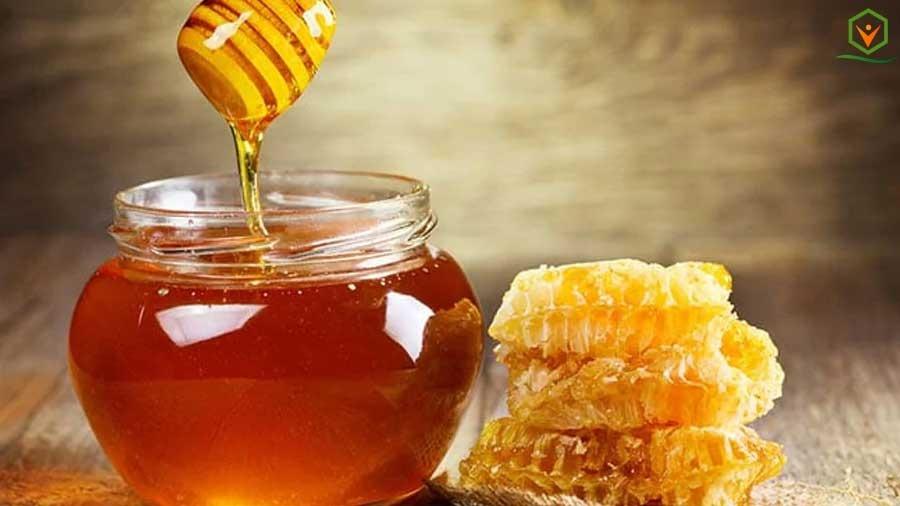 The easiest way to consume honey is as a substitute for sugar. Just make sure you get hold of a big jar of raw and unprocessed honey so that you can get maximum benefits from it. Add to smoothies (benefits of drinking smoothies) to make it an immunity-boosting smoothie.

Following are some Amayaan suggested immunity-boosting recipes using the above-mentioned foods as ingredients: 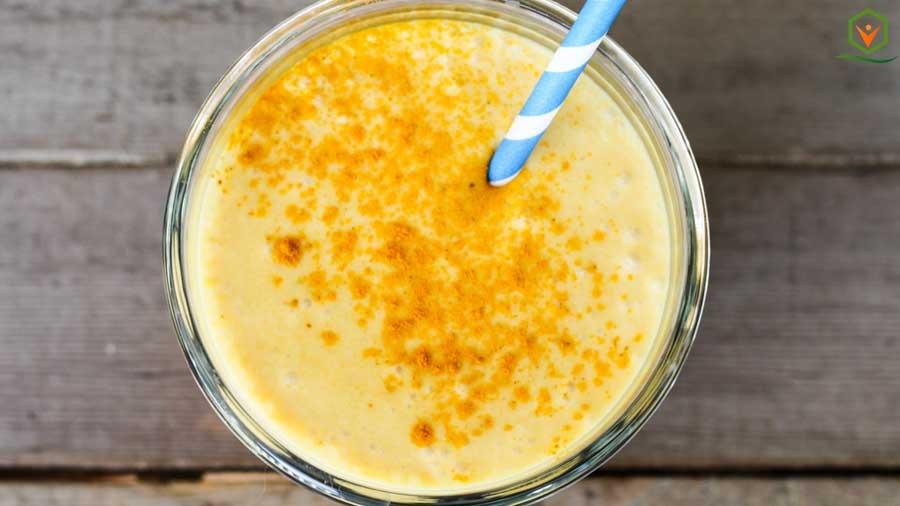 Put all the ingredients into a blending jar and blend until you achieve a puree like consistency. Add more milk if you haven’t got your desired consistency. When ready, pour it into a glass and top it with some crushed almonds. Your immunity boosting turmeric smoothie is ready! 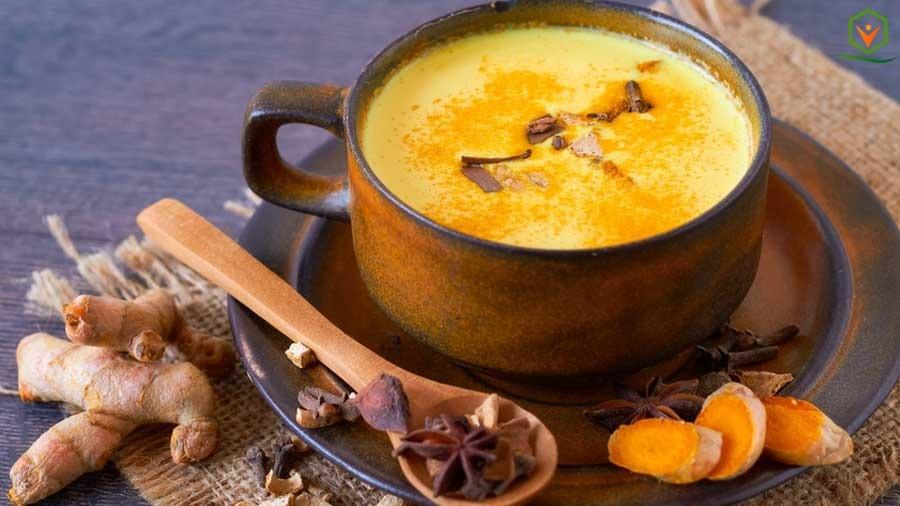 Put all ingredients into a saucepan and let it boil. Stir it continuously. Lower the flame once it starts to boil and let it simmer for 1 minute. Turn off the flame and our the turmeric latte into a cup. Sprinkle with a pinch of cinnamon powder and serve it warm. 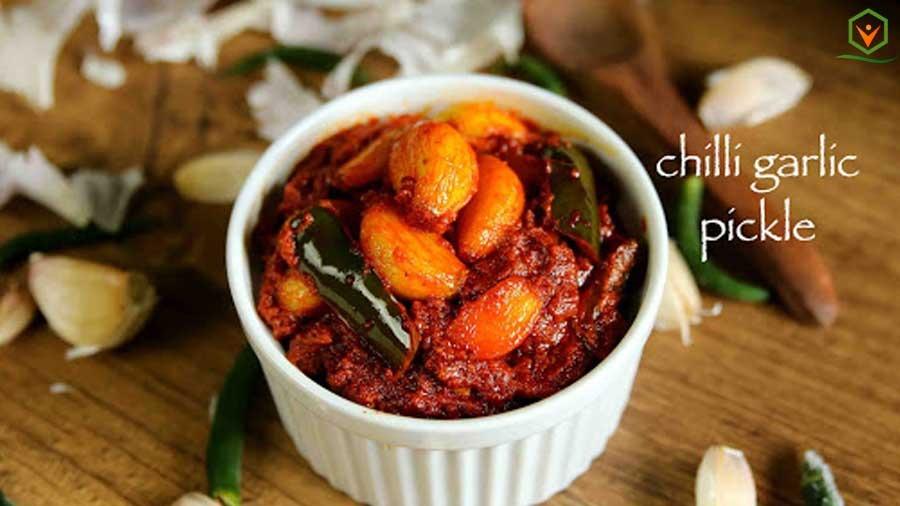 Sun-dry the garlic cloves for a day. Heat a small wok. Add the olive oil and let it heat up. After that, add the sun-dried garlic cloves and saute for 3-4 mins on low flame. Add the turmeric, red chili flakes, cumin powder, and black pepper powder. Add salt as per your taste. Mix all the ingredients well for 2-3 mins. Turn off the flame and let it cool. Store it in a clean and dry glass jar. Let it mature for about a week in a cool, dry place. Your garlic pickle should be ready to consume after that. 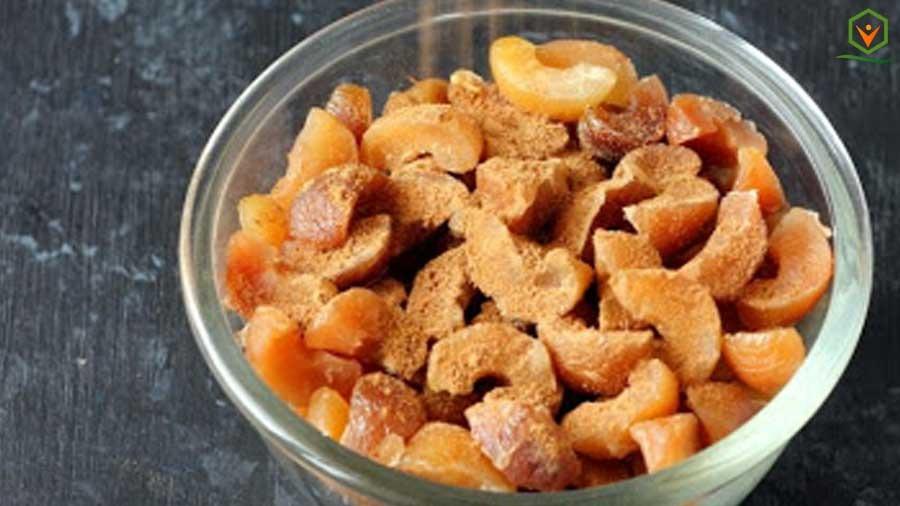 Sundry the washed and chopped gooseberry. Do not forget to remove the seeds. Sundry them till they are firm and almost crunchy. Season the gooseberry with salt. Store this in an air-tight jar. Grab a couple of pieces and have them at any time of the day. 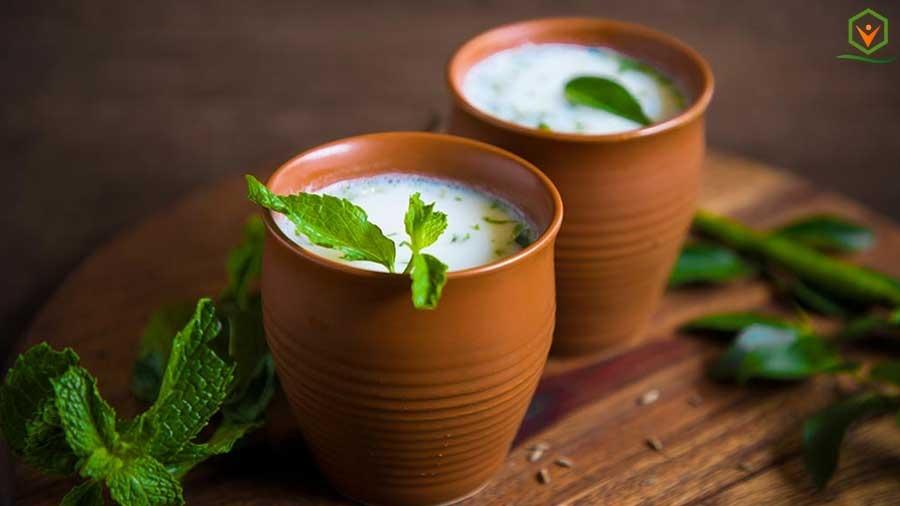 In one cup of buttermilk, add all the ingredients. Mix it well. Add a few cubes of ice. Your spiced buttermilk is ready! 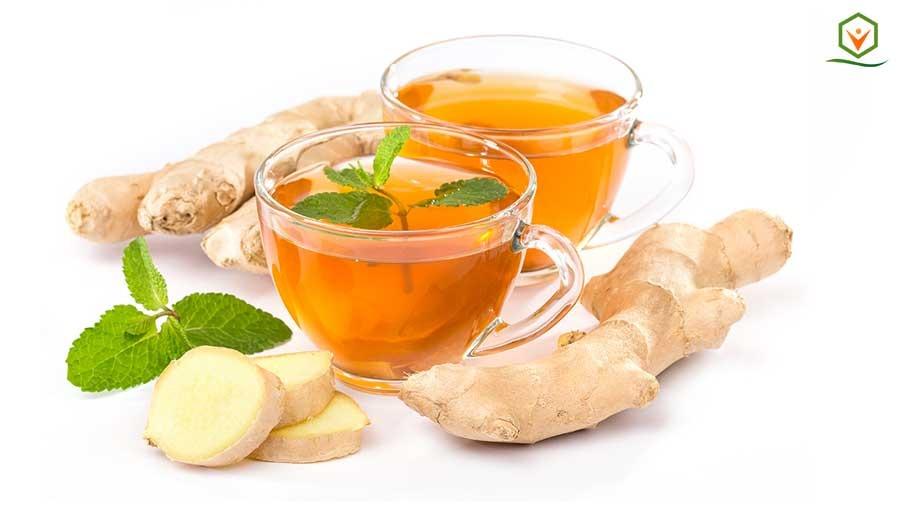 Boil a cup of water and add the green tea leaves. Roughly crush the small piece of ginger and add it into the boiling tea. Again, roughly chop the washed Holy basil leaves and add them too. Let it simmer for 2 mins. Switch off the flame and pour yourself the most relaxing and immunity-boosting tea.

Indigestion- How To Get Rid Of It Through Food

Sleep Disorders – Get Rid Of It Through Right Intake Of Food

Boost your immunity every day with these easy yoga asanas.

Control your glucose level with the best diet for diabetes

Overweight and Obesity - How to get rid of it through food

Best Yoga Poses For Women And Their Benefits